Aidi is said to have its roots in Morocco or the Sahara where it was used to guard its owner and property against predators. It is also known as Berber, in reference to the Berber tribe who also used it to protect their belongings. Phoenicians of the Mediterranean coast, who bred dogs professionally are also suspected of developing the dog. The Moroccans have recently formed an organization for the protection of this breed. However. the American Kennel Club does not recognize this mountain dog.

The Aidi is considered to be very docile, affectionate and gentle although they are bred as guard dogs. It is fearless and protective but mingles well with the family and is also remains good with children. It needs moderate attention but regular physical activities. As an intelligent work dog, it is used to reacting to what is going on in its environment and does not cope well when left alone. They are not hostile but wary of unknown people and animals. They are territorial and can pick a fight with other dogs if they detect even a hint of aggression. These dogs should be kept on a leash to avoid any mishaps.

Daily long walks and play sessions should fulfill the exercise requirements of this breed. A large farm with fences will suit better than an apartment life for an Aidi.

The water-resistant and thick coat of Aidi will shed moderately the whole year, so brush it twice a week. During seasonal shedding times, it will shed more and cleaning needs to be done daily. Bath the dog only when necessary to protect the natural oil of the skin.  If the nails of the dog do not naturally wear down, then get them trimmed by a veterinarian. Its teeth should be cleaned twice a week and ear check up once a week is essential.

Aidis are prone to injuries because of their hyperactive nature. Hip dysplasia, patellar luxation and similar leg problems are common. But this is a tough dog and doesn’t have a history of congenital health issues.

Needing intensive obedience training as an aidi puppy may initially face some problems with other dogs. The owner must be experienced with dogs and should teach them how to socialize. It is a smart and intelligent dog and will respond well to positive training with the right owner. It has a history of guarding people, so the Aidi may get independent and require firm and consistent attitude from the owner.

The purebred requires 1½- 2½ cups of high-quality dry dog food, twice on a daily basis. The amount of food a dog eats mostly depends on the age, size and the metabolism of the dog. 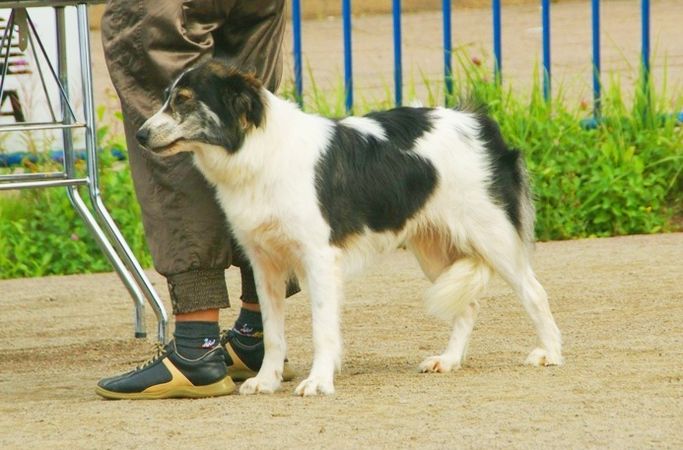