The Alapaha Blue Blood Bulldog is a new breed common to the southern United States. They were known as “catch dogs” because they were used for herding and catching stray cattle and to hunt bears. Due to the American Civil War, the southern states got damaged and the dog almost became extinct. The breed continues thanks to the efforts of a stubborn farmer named Buck Lance who considered these dogs noble and was determined to keep the line going. He gave them the name Blue Blood and bred them starting from his favorite dog Otto. After his death, his granddaughter carried on the cause and continued breeding them until she died in 2001. By then, the breed was accepted by the American Canine Association and the Animal Research Foundation but not by the American Kennel Club.

The Alapaha Blue Blood Bulldog is dutiful, loyal and brave. They can be quickly trained and can be employed as a guard or watchdog. With children and other animals, it is friendly if raised with them since puppyhood. However, it can get aggressive towards unknown dogs. This dog suits well to a working home with an experienced and efficient owner. Its training can be started after eight weeks of birth and any delay in training may make them impulsive. Moreover, it is advised to send them to a puppy kindergarten class when they are 10-12 weeks old in order to teach them how to socialize.

Besides being large, these dogs require moderate exercising. A small yard is enough for its physical activities, but make sure the yard has proper fence, six feet high. These dogs are territorial and have a high prey drive. Therefore, use a leash while taking it out into the neighborhood. A daily walk or play session will be enough for it.

These puppies have short coat, the Alapaha Blue Blood Bulldog has minimal grooming needs. The coat needs brushing to remove dirt and debris and keep the coat healthy. Bathe it only when it’s necessary to avoid the loss of natural oils and regularly check ears for wax build up and infection. It is advisable to cut its nails by a professional or by using nail clipper. Brushing its teeth twice a week will keep up with its oral health.

The Alapaha Blue Blood Bulldog is a sturdy and durable dog. Its bone structure and muscularity make it less prone to severe injuries and health concerns. Common problems are hip dysplasia, entropion and genetic diseases.

The owner of an Alapaha must understand that this is a dog with strong predatory instincts. It can act dominant and always wants to be the leader of the pack and that urge will never go away. It is not advisable for a first time owner or who are impatient as the owners requires high patience level to train this dog must not own it. Socialization and obedience training are imperative to make it comfortable around strangers and keep it on a leash.

These dogs should be fed four to five cups of dry dog food daily. The portion of food has to be fed twice a day to maintain its health. Never compromise with the food’s nutritional value. 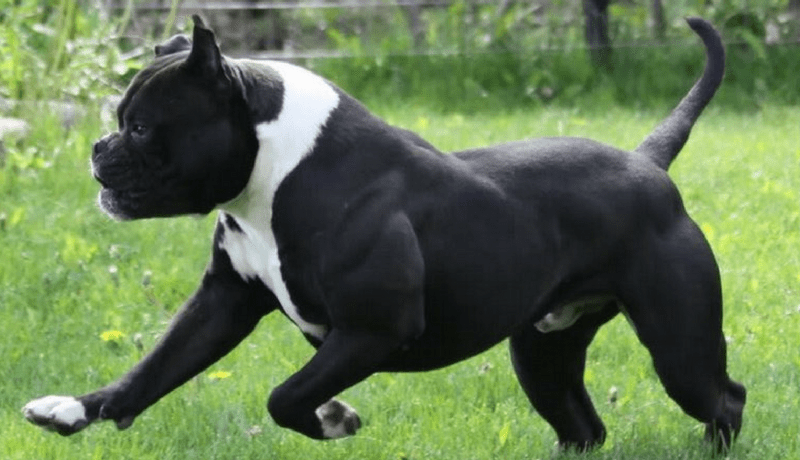