Bergamasco an ancient breed hails from Persia and has been existing for the past 2000 years. It was brought by the nomads and the traders. The nomads were based in the Alpine area of Bergamo and named their pets as Bergamasco. However, they were about to get extinct after World War 2, but Dr. Maria Andreoli (Italian breeder) saved this breed from getting extinct. The official club of this race is in the USA, titled, The Bergamasco Sheepdog Club of America founded in 1996. They were registered with the AKC in the year 2014 and taking part in the Herding category in 2015.

The breed is known for their peaceful, friendly and well-balanced behavior. They are an excellent companion with high intelligence and can learn to tackle their problems without any human guidance. Although they don’t bark much, they are great guard dogs and will protect its family in any situation. They are good with children and are used as a therapy dog for disabled ones and also have a nickname ‘Nanny Dogs.’ It does not harm other dogs until the time they become a threat to it, but they are not suitable for apartment life due to its size.

The dog is highly energetic and requires space like a farm or yard to play in. They can also exercise in the form of long walks twice a day and to keep their mind distracted preventing them from getting bored. They also love puzzles and mental stimulation.

The grooming of the dog depends upon the type of coat. It has three different types of hair.

It is not a difficult task to groom them, although it may differ at different stages of their life. Brush the pup’s coat with a pin brush to avoid tangles and dirt and later stages try to tackle the hair manually. After it develops its wooly textured fur, brush it to remove dirt and bathe them only when necessary.  Check its ears, brush its teeth and trim its nails regularly to avoid problems.

It is a healthy breed, so it does not have any health issues but prevent it from bloating, eye problem or hip dysplasia.

Due to its keen personality, they are easy to train and are suitable for trainers who are consistent, firm and clear. If not taught with a positive mind, they can turn harsh and stubborn as they are already independent-minded. Reward-based training is the best method to guide such kind of pet and even prepare them to socialize well with other people and animals.

As it is significant in size, it requires 3 to 4 cups of food to satisfy its hunger. Give them good quality dry food split into at least two meals daily. 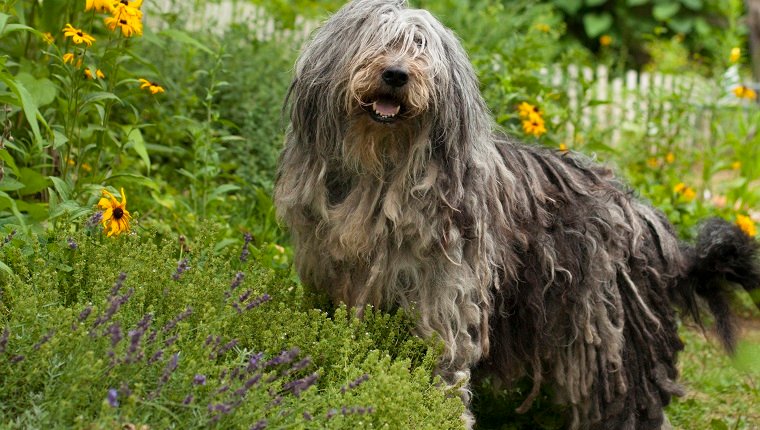 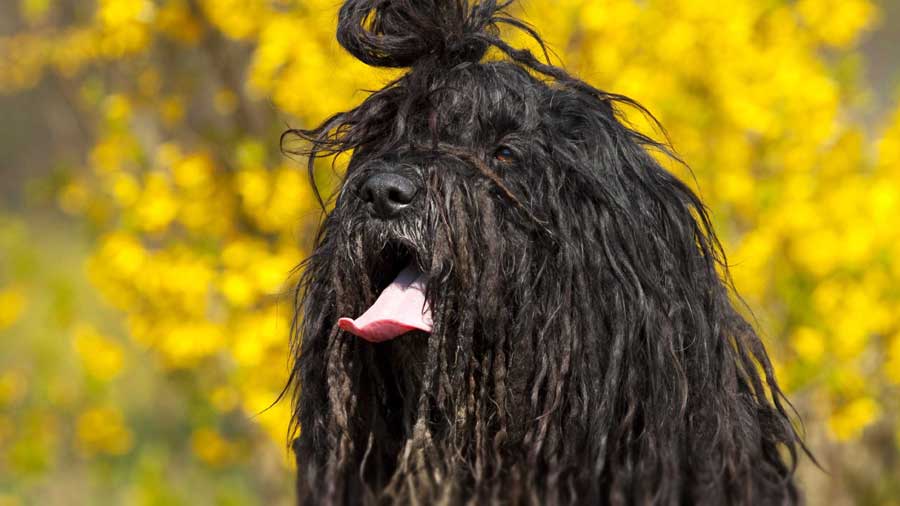 Yes, I am the moderator for this website. You can proceed and cite our article in your research.

I am the editor of a newsletter for the all volunteer Non for Profit organization Companion Animal Assoc of AZ. I am currently doing an article on rare dog breeds including the Bergamasco Sheepdog. I have found your website to contain some good info. Will it be OK to use some of this info? I will not use any of it word for word but rather some of the facts the site contains. I will always cite my source along with a link to your website to "Learn More". How about picture usage as well? If you would like to review our newsletter it can be found at www.caaainc.org Once there, you can click on the upper right hand corner "News". There are several back issues posted. Thank you for your consideration