Bracco Italiano is believed to have existed since the early 4th or 5th century BC. Some say that it was made by crossing the Asiatic Mastiff and the Segugio Italiano while others think that the Bloodhounds were the predecessors of this breed. The Bracco population was declining in the 19th and 20th centuries, but the efforts of an Italian breeder named Ferdinando Delor de Ferrabouc and an organization called Societa Amitori Bracco Italiano revived the breed. The United Kennel Club recognized them in 2006.

The Bracco is a cheerful and gentle dog. It enjoys human company and loves to please its master. Although they are a hunting breed, they remain calm indoors and make excellent family pets. They alert their owners when they detect anything unusual, but due to their mild nature, it is not great as a guard dog. It is comfortable with other pets and children if it is raised along with them.

Because it is an active dog, the Bracco needs plenty of vigorous workouts to be both mentally and physically happy. Activities that require the dog to use its eyes and nose is highly beneficial. Take it to hunt tests and field trials where the owners cannot carry guns to brush up its skills.

Brush the coat using a mitt or hound glove once or twice a week. Additionally brush its teeth regularly and clean the ears to prevent the buildup of wax.

No major health issues bother this breed, but the Bracco is prone to hereditary bone and joint problems such as hip and elbow dysplasia.

These dogs are smart and obedient to their owners, so training them isn’t challenging. But their high prey drive makes them chase small pet, people and moving objects. To prevent this, early socialization and obedience training is necessary by visiting dog parks and allowing the Bracco to mingle with other dogs. The owner should make sure to leash the dog before going outdoors.

High-quality dry dog food with the right nutritional content should be fed to a Bracco. 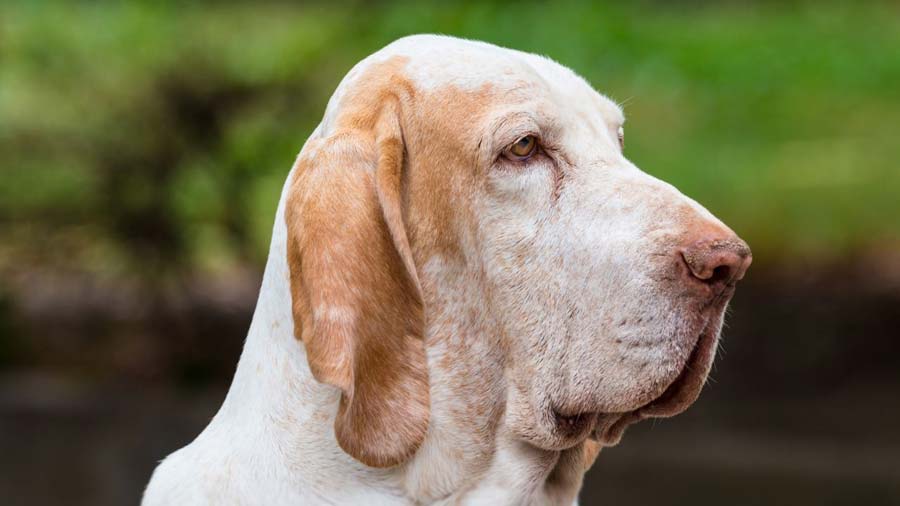