The Caucasian Ovcharka is one of the ancient Molosser breeds whose ancestors are believed to have evolved about 2000 years ago. Depending on the place of origin, their types also differ, but one of the categories was most favored in show rings which were seen mostly in Georgia. This dog came to East Germany in the late 1960s and was used as a border patrol dog. Later on, in 1989, 7000 patrol dogs were dispersed to Germany and most of them were given new homes with families. However, they are mainly applicable as a guard dog for defending sheep from predators like bears, jackals, and wolves.

The varieties depend upon the type of coat it has:

Caucasian shepherd puppies are  extremely intelligent and has a bit stubborn and dominant nature making them not to obey the leader until and unless firm leadership is developed. The sturdy, brace, alert personality with an excessive extinct to defend will always protect the family including other pets or dogs. They should not be left alone with children as they can be over-protective at times. Socialization is vital because of their strong protective instinct and not too friendly nature.

Caucasian ovcharka dogs are large and are are not suitable for apartment life. They need an open space to play around and move. However, they are working dogs, so keep them busy to maintain health and mental stimulation. 2 long walks or jogging a day or some moments off leash in a safe place where it can wander around will be suitable.

Grooming session of caucasian ovcharka dog depends on the type of coat it has. For example, if it has a short coat and less grooming is advisable which includes brushing twice a week. For long hair, alternate day cleaning will be preferred. Bathing them is not easy, so it is better to take them to local grooming dog salon. Other requirements include brushing its teeth at least three times every week with dog toothpaste, clipping its nails and checking of its ears to prevent infection.

The giant caucasian mountain dog is mostly healthy and is not prone to any health issues. However, some of them may suffer from elbow and hip dysplasia, heart problems and obesity.

This dog is not for casual pet owners or first-time owners as they have a significant dominant nature. It will be challenging to train an adult dog, so it will be preferable to teach them during their puppy-hood. Kavkaz shepherd dog requires a consistent and firm teacher who can display a strong leadership and places itself ahead of the pack.

The amount of food of kavkaz shepherd decreases when it increases in size. A puppy requires 8 to 10 cups of high-quality dry food, but an adult eats comparatively less. The proper quantity of food high in nutrition is crucial and will need serving one or two times a day. A giant one has a huge appetite, so it will need two large bowls in its meal. 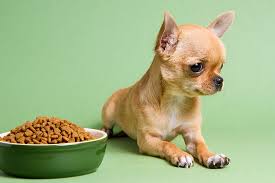 Beautiful dogs, i need a male Ovcharka caucasian mountain puppy.i live in UGANDA,EAST AFRICA, how much does it cost plus transportation to get it.