The Golden Labrador is a mix of Labrador Retriever and Golden Retriever. They were mixed to get a sensible, working and patient breed. It is very large in size and stands tall at 22 to 24 inches. Weighing about 60 to 80 pounds, they have square and flat-shaped head. The squarish wide muzzles and floppy ears are other physical characteristics that help to identify this breed. Additionally, it has the brown oval-shaped eyes along with a soft double coat having a dense as well as thick cover underneath.

The Golden Labrador Dog is the most admired dog breed in the US. Tracing the history of the Golden Labrador, the dog took a circuitous route to get to North America. Going back some 500 years, European fisherman, chiefly English, French, Portuguese, and Spanish anglers, voyaged up to the Canadian Atlantic coastline.

These industrious and adventurous Europeans travelled to Newfoundland and Labrador-Canadian territories long before European nations colonized Canadian provinces. So it can be conjectured that the early European settlers brought their dogs along with them that comingled with the native canine breeds. The unbridled comingling in these vast secluded North Atlantic islands engendered the creation of a new local breed-the St. John's Dog.

The newly evolved canine landrace shared its name with St. John's-the, Newfoundland's capital. St. John's Dog is the predecessor of all modern retriever breeds such as the Golden Retriever, Golden Retriever Lab, and Chesapeake Bay Retriever. The Golden Labrador puppy has a natural affinity for water-a trait the dog has inherited from its ancestor.

The Golden Retriever Lab is prized even for its extraordinary diving and retrieving capacities, which accounts for the 'Retriever' in its name. The fully grown Golden Retriever mix is an excellent gundog, excelling in salvaging quarries for shooting team members and gamekeepers. Law enforcement departments and militaries extensively use the dog for various tasks like guiding the blind, sniffing bombs and explosives, rescuing hostages, and so on.

Golden retriever lab mix is an energetic, happy, affectionate and smart dog which makes it perfect for a family pet. They are people friendly and loyal, they like children's company and even other pets if trained well. Their extreme kind and sensitive nature do not make them a good watchdog. They love to get attention from people and even from outsiders. Their relaxed nature makes them suitable for apartment life if they get adequate activity requirements.

Initially bred to be a working dog it is now hugely fine-tuned its temperament and personality. Ancestors of the Golden Labrador dog were extraordinary divers, more than willing to dive into the freezing waters off of the Newfoundland and Labrador (presently the easternmost Canadian territories). Gamekeepers and hunting teams always ensured to take the dogs along with them during hunting trips in the dense forests.

After hunting for hours on end, the members of the shooting squad became utterly exhausted, and that's when these dogs came to their aid. The golden retrievers had tireless energy to run for hours to retrieve the quarries. These retrievers kept on scouting for hunted games lost in the maze of thickets, undergrowth, and copses until they had retrieved them when most other breeds would've given up.

No wonder the Golden Retriever Lab's legendary retrieving ability and its never-say-die spirit have made the dog very strong-willed. On the other hand, the dog can quickly and easily figure out both explicit commands and subtle cues, thanks to its intelligence. However, its fiercely independent nature and stubborn temperament could make it extremely challenging for dog trainers to impart socialization training.

Nevertheless, their mild disposition, calm, and composed temper enable them to get along ideally with other dogs, animals, and humans. Last but not least, their intrinsic diligence and innate intelligence make them supremely suitable for numerous jobs. Their amiable and generous nature makes them ideal for serving as therapy dogs, while their keen sense of smell helps track.

The Golden Labrador puppies, like their parents, have a thick short coat of black and often chocolate-brown or yellow.

Golden lab mix dogs are highly energetic and need to burn down their energy through exercise. Take them for swimming as they love to swim, but be with them at that point of time. They are suitable for a jog or longwalk once or twice a day. If the apartment is attached to any yard, allow them to play and run freely.

Golden Lab dogs tend to be highly energetic and active dogs implying that they need to exercise for hours daily. Since the golden lab has a natural propensity to run, frolic, and scamper, especially in water, ensure that the dog swims a lot every day. See that you take your pet to a dog park that features a swimming pool or walk your dog to a body of water.

Take the dog for long walks daily and carry a toy so that your pet gets plenty of exercise by chasing and retrieving it. Make sure you use a dog collar while taking the animal out, or you'll find it difficult to control him.

Brush the coat of Goldador with a rubber brush every day if it sheds heavily to avoid loose and dead hair. Dry clean them after bath and rinse the inside of ears. Clean its teeth weekly to prevent plague build-ups and tooth decay.

Golden retriever labs have a dense and short coat which is by and large waterproof. However, the breed is known to shed heavily, particularly during fall and spring, and therefore you'd have to brush the dog's coat almost daily. But for the rest of the year, you'd need to take minimal care of its coat; brushing just a couple of times a week will suffice.

Usually, crossbreeds do not face any specific health concerns, but in recent times some issues include hip and elbow dysplasia, progressive retinal atrophy, cataracts, diabetes and skin conditions.

A golden Labrador puppy does not become ready for adoption until the whelp is about 7-8 weeks old. The golden Labrador dog can live healthily for 12-14 years, provided you take good care of your pet. Most golden labs tend to remain healthy throughout their lifetime and generally don't suffer from significant health issues.

However, the dog has a huge appetite, so if you do not control the portions, your pet might become obese or overweight. Labrador retrievers are susceptible to elbow and hip dysplasia, particularly the larger ones. They also tend to collapse from short, abrupt exercise spells, leading to disorientation, hyperthermia, and lethargy.

The breed is highly intelligent and it’s eager to please quality can make teaching session easier. They need to learn socializing from a younger age so let them connect with kids and pets. Train them few tricks and play games like agility, flyball, etc. Praise them eventually with treats and rewards.

Give the pup enough toys to chew that'll keep it engaged and help the young Golden Lab deal with teething problems. You'll need to put in some effort to help the pup to housetrain however its friendly and outgoing nature will make training somewhat easier. You should start coaching the dog while it's still a pup to become well-trained by the time it becomes a full-grown Golden Retriever Lab mix.

Serve the pet with 3.5 to 4 cups of high-quality dry dog food split into at least two meals every day. Its diet should also depend upon its size, age, metabolism, and health. A Golden Retriever pup should be fed 3-4 times daily until the dog is six months old. Ensure you offer high-quality food as the puppy needs a good amount of calories during the developmental stage. However, be very careful about the size of the portions as overfeeding could make the dog overweight.

Although the Labrador retriever is a very adorable, easygoing and gregarious dog, many people want to go for a Golden Labrador mix. Several pet lovers prefer adopting a Labrador and Golden Retriever mix because the hybrid variety is easier to maintain. The Lab and Golden Retriever mix is more miniature size-wise, sheds more diminutive, and is better at guarding than the Labrador.

If you're wondering what's exactly a golden Labrador mix, it's a crossbreed developed by crossing a Labrador retriever with other dog breeds. There are about 50 variations of Golden Retriever lab mixes, the most popular ones being Labradoodle, Goldador, and Boxador.

Although the Labrador retriever is a very adorable, easygoing and gregarious dog, many people want to go for a Golden Labrador mix. Several pet lovers prefer adopting a Labrador and Golden Retriever mix because the hybrid variety is easier to maintain. The Lab and Golden Retriever mix is more miniature size-wise, sheds more diminutive, and is better at guarding than the Labrador.

If you're wondering what's exactly a golden Labrador mix, it's a crossbreed developed by crossing a Labrador retriever with other dog breeds. There are about 50 variations of Golden Retriever lab mixes, the most popular ones being Labradoodle, Goldador, and Boxador. 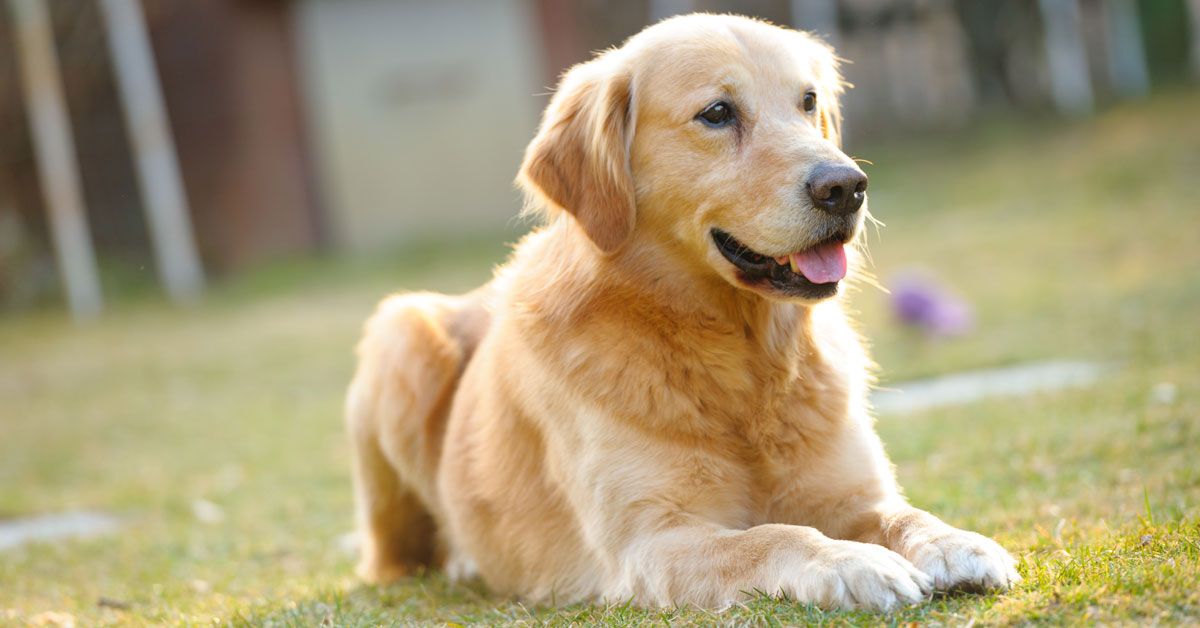 The double-coat on labs, helps them to regulate their body temperature and also to protect them from cold and hot weather.

What Do Labradors Hunt

Labradors were bred specially to hunt and retrieve birds and waterfowl.

Will A Lab Kill A Rabbit?

Labradors are likely to hunt and kill rabbits, especially when they have not been socialized, well trained or they havenâ€™t been introduced to the animal

Getting Your Lab Spayed/Neutered

Spaying/neutering a dog, is the surgical process that involves removal of an animalâ€™s reproductive organs.

Separation anxiety in Labradors occurs when it feels alone or separated from the person he is strongly attached to.

Do Labradors overheat? Tips To Keep Them Cool

Labradors have double-coats which works as an insulator to defend them from water and hot or cold weather. This characteristic makes them prone to overheating.

Can Labradors and Cats co-exist?

Labradors are known to get along very well with other animals. Therefore, yes. Labradors and cats can co-exist, as long as they are both properly introduced

What Labradors are good for?

Despite being a strong and muscular dog, Labrador retrievers are on top of the most trainable and the most obedient dog breeds.

Labrador Puppy Biting: Easy Tips To Correct This In Puppyhood

Training Your Labrador As A Gun Dog

To train your Labrador as a Gun Dog, there are some training sections and tips you should consider to reach the point so that it becomes a well-trained dog in hunting.