The Stichelhaar is a Purebred, and are one of the oldest wirehaired pointers. In the year 1888, an expert named Hans Von Kadisch proved that this breed shares its ancestry with Old German Partridge dogs, rather than sharing their genes with the Shorthaired Pointers.

They are medium-sized dogs, with a griffon type body and have a long head with a broad snout. They also have a pair of the floppy ear that set flat against their head. Their body is covered with semi-long hair with a docked-up tail.

They remain loyal and calm in general and are friendly with other dogs and animals. The Stichelhaar is also an excellent watchdog, and when it passes of a stranger, it will surely bark and alert its master. These dogs might become dominant and aggressive at times, especially when guarding their territories. They are prone to bite people, so a potential buyer of this breed should keep this fact in his mind before buying this dog. They are incredibly playful with small kids and the elderlies.

Considered an overly energetic breed, the Stichelhaar needs a lot of exercise on a daily basis. The owner can take them for a small walk or a short run on a regular basis. They should be allowed to burn off their excess energy by either keeping them unleash, which will, in turn, help the Stichelhaars to get rid of their aggressive sides. The owner can also keep the dog busy by providing them with some soft toys. If deprived of regular activities, they can develop behavioral issues in the form of frequent barking or growling.

The Stichelhaar dog needs moderate grooming and maintenance. The owner should brush off the dead hair and dirt, once a week, which will also prevent matting and infections.

The Stichelhaar is considered a healthy breed, but it can still suffer from Hip and Follicular Dysplasia.

To get rid of the natural high bitting tendencies, the owner should start with commanding the dog with commands like sit, halt, come back, and leave it. The owner can strengthen the human-dog relationship by sharing a play session with every day. Leash and socialization training is also an essential part of the training process. Any kind of training, if complemented with food rewards and frequent praises, will accelerate the overall training process.

Two to three cup of dry kibble food will complete their need for nutritional requirements. 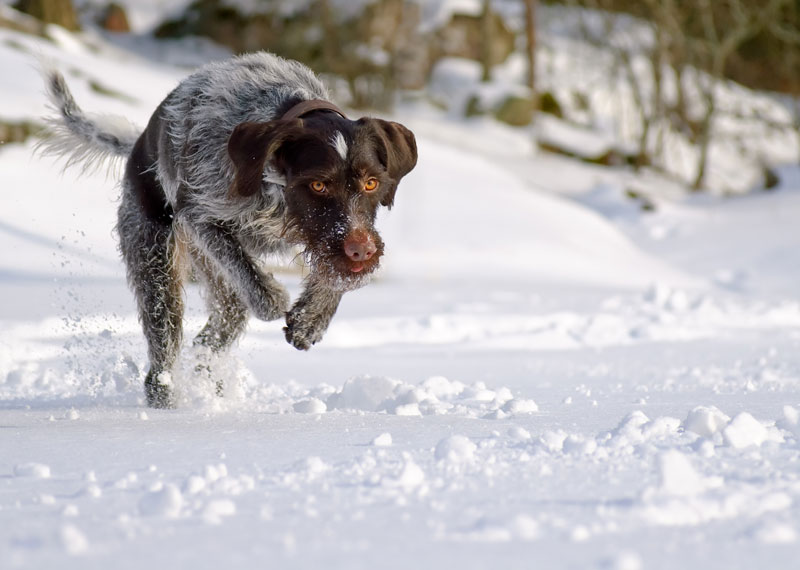